We have publicly stated, for some years, in discussions of the meaning of the future ontological category denoted, algebraically, as the ‘‘‘algebraic unknown’’’ category described by the terms ‘qhh’ or ‘Delta qh’ or ‘Delta_h’, and solved, by us, as y = qy, standing for ‘meta-humanity’, that presently, at least in the ‘Terran locus’, wherein we have sufficient scrutiny to know the ontological details as to what is presently extant, that the predicted y ontological category is presently-existent/extant, in this locus, only ‘‘‘fractionally’’’ [partially, ‘d’], in a qualitative, ontological sense.

That is, what is presently extant of y, at least ‘‘‘locally’’’, is the quality dy, not yet the quality y as a whole.

Our predictions regarding the future cosmological -- including ‘‘‘local’’’ -- irruptions of ‘meta-humanitys’ are summarized via the images pasted-in at bottom.

However, with the circa 21 January 2018 report(s) of the editing of the genotypes of 86 humans, in China, using, probably, the CRISPR/Cas9-gRNA or CRISPR/Cpf1-crRNA biomolecular genome-editing tools, we must conclude that Terran humanity has reached the threshold, technologically if not yet socio-politically, of the potential to create a ‘meta-human’ genome -- «species» 1 of our predicted «genos» of ‘meta-humanity’.

CRISPR is an acronym for “Clustered Regularly Interspersed Short Palindromic Repeats” in prokaryote DNA -- in both many bacterial prokaryotes, and, perhaps even more prevalently, in ‘archaean’ prokaryotes.  It is a key part of an ancient “unicellular” immune system, enabling prokaryotes to resist the ravages of alien, e.g., viral/phage, DNA, that has been injected into their interiors.

Thus, Terran humanity may soon, historically speaking, have to navigate the complex interactions among a global movement against degenerating, tendentially totalitarian, ‘‘‘humanocidal’’’ national state-capitalisms, and for a first-ever ‘Global Renaissance’, rooted in the creation of a unified ‘planetary polis’, founded upon ‘equitarian political-economic democracy’, and the global emergence of ‘the self-re-engineering of the human genome’, as well as with possible ‘co-emergences’ of the second, ‘‘‘android robotics’’’ «species», and of the third, ‘‘‘cyborg prosthetics/bionics’’’ «species», of our predicted ‘irruption of the meta-human’. 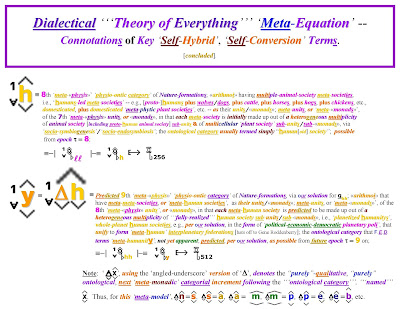 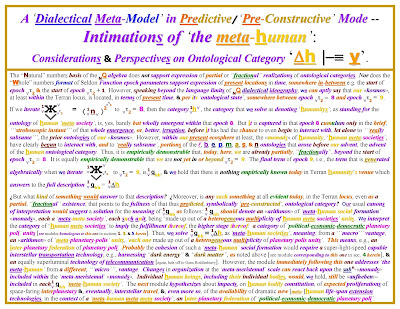 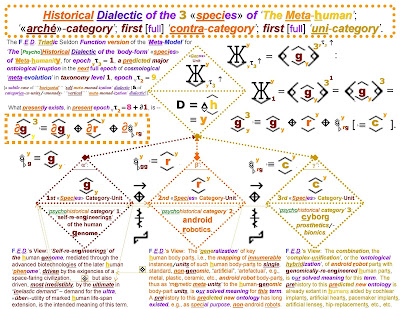 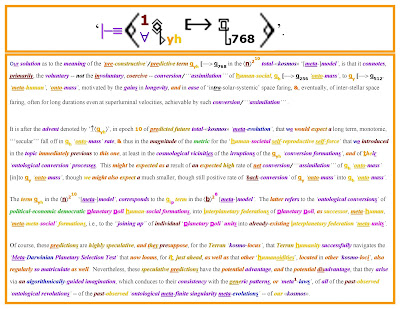 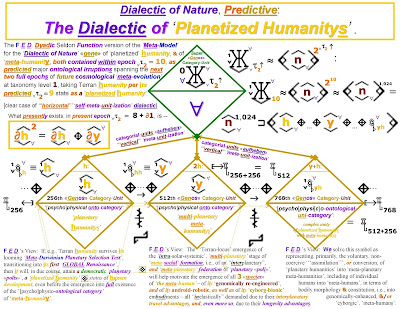