There is ONLY Nature.

There is only Nature.

This post inaugurates our brief series of illustrated [please see below] posts on the Seldonian characterization of ‘the nature of Nature’.  Karl Seldon, from his earliest awakening, via the dream that occurred in his 11th year, has always rejected the prevailing, misperceived radical dualism [‘<--|-->’], between ‘«Natur» <--|--> «Geist»’; between humanity versus the rest of [pre-human] Nature; between the “Artificial” and the “Natural”, that unites theists, typical idealists, and Lukacsian pseudo-Marxians alike.  Seldon has always seen humanity as a scientifically ‘expectable’ and ‘retro-dictable’ self-extension of pre-human Nature.  This series is intended to give greater amplitude as to the reasons for this Seldonian characterization.

[Seldon:] “There is no empirical evidence of any ‘‘‘super-Nature’’’, of anything existing outside of or beyond Nature -- of our known Cosmos as a whole.”

“All of the ancient phantasies -- of Parmenidean, transcendental ‘Absolute Being’, and/or of Platonian ‘«Eide»-realms’, outside of [physical] time, and of physical space, and of change; of trans-physical heavens and hells; of eternal, immutable, statical “Divine Domains” -- have all fallen flat in the face of the perceptually-extended modern human experience, and of the critical scrutiny of such “transcendental” claims by modern scholarship and by modern, scientific, skepticism.”

“The perception of the omnipresence of Nature must, logically, also include we the perceivers of this perception -- we who we now perceive to have been born, protractedly, out of pre-human Nature -- and not by some deific “special creation” intervening in and against the ‘meta-continuity’ of that evolution and ‘meta-evolution’.”

“Humanity is only human Nature, is only the most recent, qualitatively new, ‘meta-finitely’ singular, ‘onto-dynamical self-addition’ to, and ‘self-outgrowth’ of, Nature, of which we Terran humans generally know.”

FYI:  Much of the work of Karl Seldon, and of his collaborators, including work by “yours truly”, is available for your free-of-charge download via -- 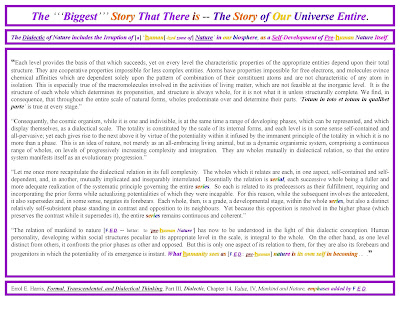 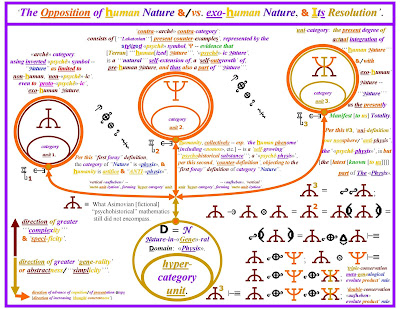