Dialectic in the Film “Ladyhawke” -- ‘The Dialectic of Night and Day’.

Dialectic in the Film “Ladyhawke” -- ‘The Dialectic of Night and Day’.

Pasted-in below is an E.D. ‘dialectogram’ describing ‘The Dialectic of Night and Day’ in general, and the subtle and specific use of that dialectic presented -- advertently or not -- in a classic but little-known American film of 1985, entitled “Ladyhawke”.

Apart from the instructive aspect of this film as an instantiation of breakthrough dialectical thinking in discovering a solution to a terrible conundrum, this movie also ends in a way which I, for one, have seldom seen portrayed in American cinema.

It ends with an ecstatic, sustained, and even communal celebration of the triumph of the fallible, errant, but still ethical human -- of human love, human courage, and human decency -- over the parasitism, sadism, and utter viciousness of self-de-humanized [in]human evil.

This is something that the ‘Rocke-Nazi’ ruling-class ruling-faction hope that you will never, ever know anything about -- and they are flooding the cinema and the television with ‘psychotic drivel’ with a view to enforcing that unknowingness. 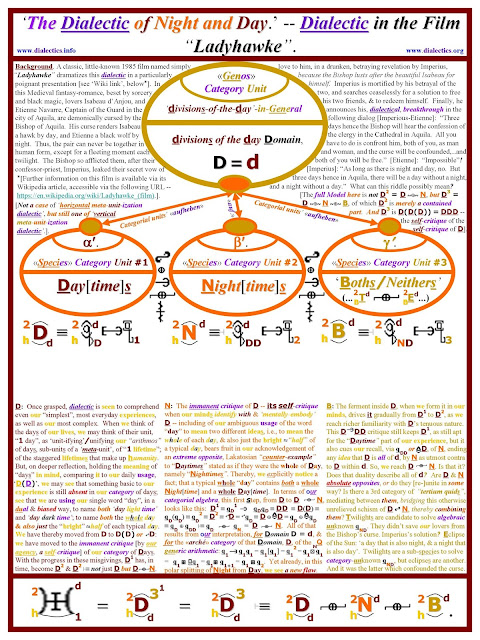 Posted by Miguel at 1:27 AM No comments:


We of F.E.D. have known for a long time that Karl Seldon is working on an ‘‘‘autobiographical novel’’’.

The work on it seems to be going very slowly -- after all, Karl is a neophyte at ‘‘‘novelism’’’, completely new to the genre.

But the excerpt pasted-in below, recently released for public presentation by the F.E.D. General Council, is making us feel that it may be well worth the wait.

The tentative title for this novel is --

Symbolic Life:  The Idiography of the Ideography -- The Autobiography of Karl Seldon,
A Novel. 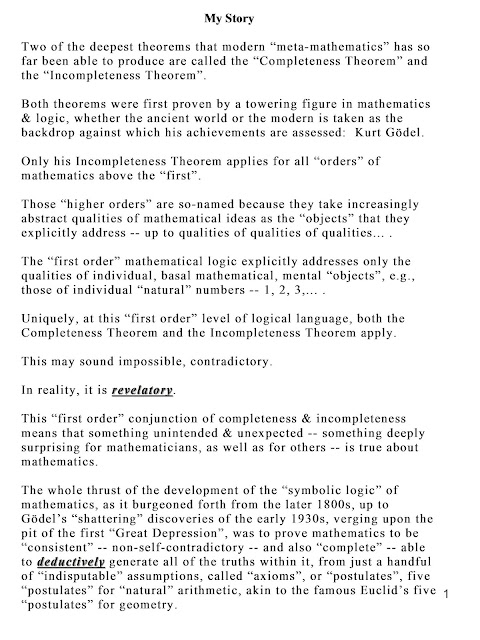 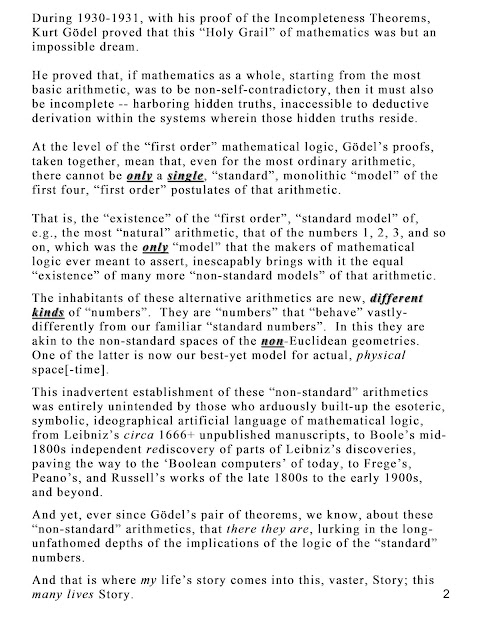 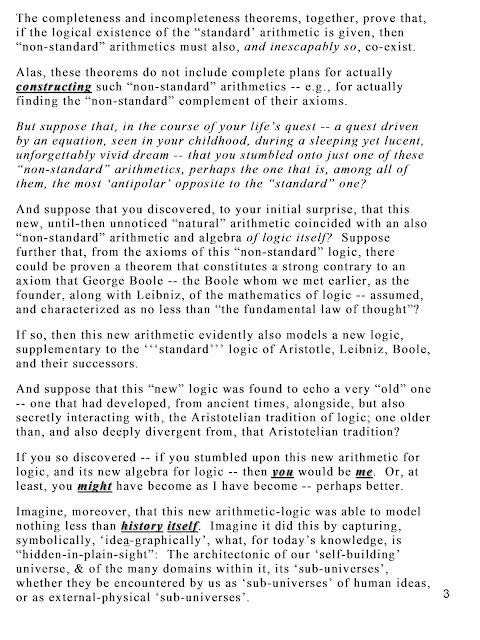 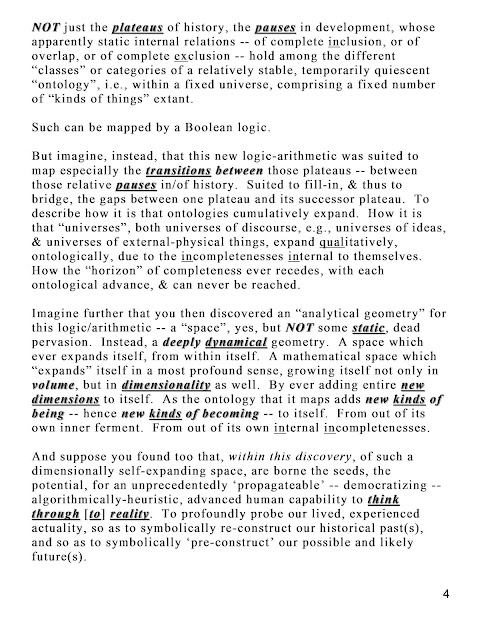 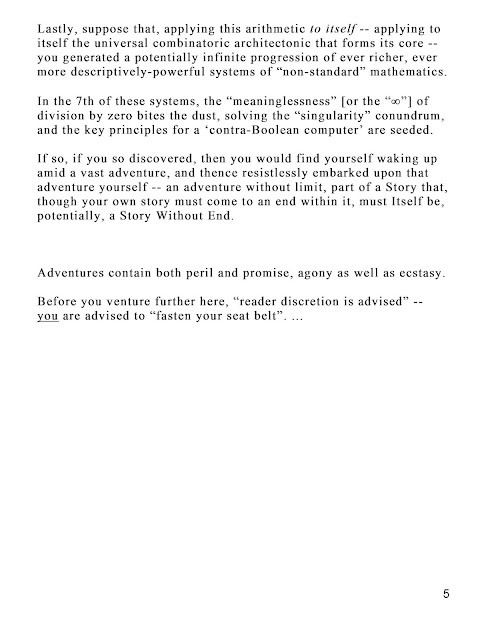 Posted by Miguel at 1:14 PM No comments: