Nature is INside YOU.

Nature is INside YOU.

This post concludes our brief series of illustrated [please see below] posts on the Seldonian characterization of ‘the nature of Nature’, and of the Nature of you.  Karl Seldon, from his earliest awakening, via the dream that occurred in his 11th year, has always rejected the prevailing, misperceived radical dualism [‘¬|®’], between ‘«Natur» ¬|® «Geist»’; between humanity versus the rest of [pre-human] Nature; between the “Artificial” versus the “Natural”, a misperception that unites theists, typical idealists, and Lukacsian pseudo-Marxians alike.  Seldon has always seen humanity as a scientifically ‘retro-expectable’ and ‘retro-dictable’ self-extension of pre-human Nature.  This series is intended to give greater amplitude as to the reasons for this Seldonian characterization.

[Seldon:] “You are not merely a part of Nature in some ‘apart’, mechanical, only-externally-connected sense.”

“On the contrary, a portion of the whole of ‘pre-you Nature’ is also, ‘‘‘convolutely’’’, contained and constrained within you, and not just ‘‘‘evolutely’’’ without you.”

“Part of all of the earlier ‘Nature-al’ ontology -- and ‘Nature-al technology’ -- is literally, physically «aufheben»-contained and «aufheben»-conserved on the in-side of you.”

“If your earliest fully-known-to-you-/-us ancestor population is that of the pre-nuclear “particles plasma”, made up out of “non-composite” bosons and fermions, some of which is still ‘‘‘evolutely’’’ present in our present cosmological environment, then it is also true that some of this kind are also present inside every cell and tissue of you, in the quarks and gluons that make up the protons and neutrons of the nucleus of every atom in your body, as well as in the electrons that are there also.  Thus, the primordial electrons and protons and neutrons are also sampled in your inner atoms.”

“The first, ‘cosmo-nucleosynthetic’ atoms, and their ‘stellar-nucleosynthetic’ “higher atomic species” descendents, are also ‘re-present-ed’ in your body, mostly inside of the molecules that are pervasively present there.”

“Thus, representatives of the molecules of the original-to-present proto-stellar, inter-stellar “molecular clouds” are presently internal to you now as well.”

“And the free-living pre-eukaryotic single cells of past-to-present, ‘‘‘evolute’’’ Terran biology, and, in all likelihood, also past-to-present galaxy-wide and galaxies-wide, are also inside you as well, especially in the form of the organelles, such as the mitochondria, that inhabit and drive your primary, eukaryotic, cells.”

“And your body also internalizes traits of the multi[-eukaryotic-]cellular, asocial organisms that preceded us, as of the “social animals” that succeeded them, both of which also persist still, on planet Terra at least, ‘‘‘evolutely’’’ outside of us as well.”

“And you are part, body and soul, of the post-Neolithic, ‘meta-social multi-animal-society and multi-social-plant’ formations that constitute ‘‘‘human society’’’, catalyzed, locally, by the Terran human species, in which you, as we, inhere.”

“All of that vast past, and present, inwardly constitutes your presence here and now.”

FYI:  Much of the work of Karl Seldon, and of his collaborators, including work by “yours truly”, is available for your free-of-charge download via -- 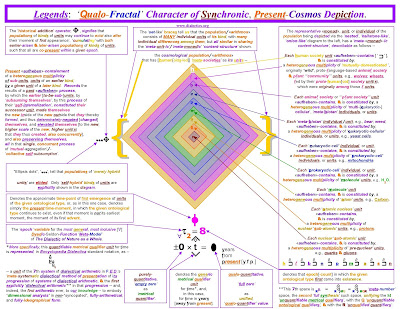 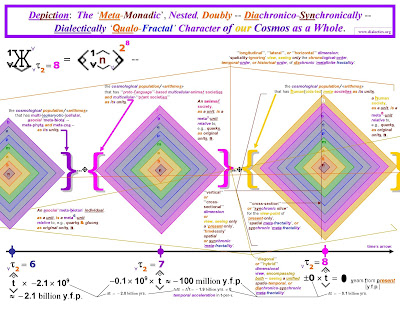 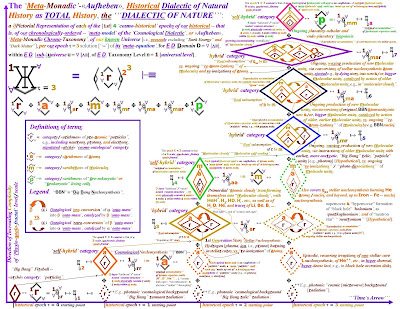