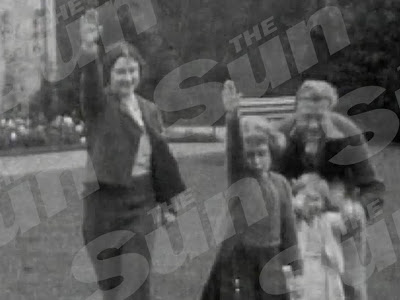 We have long contended, in this blog, that the Hitler “Eugenics” Regime [and others like it] began as a massively ‘Rocke-Nazi’ funded Servant-Dictatorship, servant to its ‘Rocke-Nazis’ funders, a dictatorship that was initially loudly and publicly supported by the ruling, Rockefeller faction of the ruling class over the U.S., including by the voices of many of the lower-plutocracy servant-families of the Rockefellers, such as Prescott Bush of the Bush Servant/Crime Family, and Joe Kennedy of the then Rockefeller-subservient Kennedy Family.

In this blog-entry, we present recent evidence that is shockingly corroborative of these hypotheses.

In a 16 February 2020 [11:14 AM-EST] Cable News Network [Warner Media] article by Kate Williams, entitled “The truth about Wallis Simpson, the woman accused of stealing a king”, we find the following revelations, that go beyond the usual obscuration, for public consumption, of the abdication of “King Edward VIII” as a “romantic” fairy tale --

“Of course, Wallis was an enthusiastic participant in Edward’s visit to Nazi Germany in 1937... .  But as reprehensible as these sympathies are, she was not influencing Edward. ... Footage has emerged from a time before Wallis became his lover that shows Edward alongside his niece, the now-Queen Elizabeth II, making a Nazi salute.”

This article links to another article, from BBC News UK, dated 18 July 2015, regarding an article that appeared in the British Sun World tabloid, entitled “Their Royal HEILnesses”, that presented utterly damning stills from “Royal” family footage believed to have been shot in 1933 or 1934, in the pit of the Rocke-Nazi engineered ‘Global Great Depression I’, when the Hitler regime first “rose” to power, and when “Fascist” state-capitalist dictatorships were sprouting all over Europe and Asia, with similar ‘Rocke-Nazi’ provisioning.

I’ll bet that the “Palace” was [much more than] “disappointed” at the publishing of these stills -- which partially blew the cover on the real, and ultra-vicious -- Dictatorial, “Eugenicist”, “People Are Pollution”, ‘humanocidal’ -- “sympathies” of the British Branch of the ‘Rocke-Nazis’, led by the “Royal” Family, the one that also murdered Princess Diana, after she “went populist”.

The article notes that, in the film, it is the “Queen Mother” who is seen to initiate the Nazi salutes, training the young Elizabeth in this aspect of the “Family Ideology”.

It is also noted that, thus, such Nazi “sympathies” were not limited to Edward, who manifested his Nazi proclivities when, in 1937, on the very eve of World War II, Edward, accompanied by Wallis Simpson, visited Nazi Germany, met Hitler, in Munich, and dined with Hitler’s “Vice-Fuhrer”, Rudolph Hess, and even visited a concentration camp [“Eugenics” camp] that was then under construction.

The formal purpose of this visit was to discuss Edward becoming a figurehead for “an international movement for peace on Hitler’s terms”.

Sun World managing editor, Stig Abell, noted, in regard to the “Palace’s” desire to quash these filmed revelations of Nazi proclivity on the part of the “Royal” family, that:  “...it is an important ...issue, the extent to which the British aristocracy -- notably Edward VIII, in this case -- in the 1930s, were sympathetic towards fascism.”

Moreover, since their -- catastrophically failed -- 1930s/Great Depression attempt at imposing a global Orwellian regime, and at their planned genocidal extermination of Jews, Gypsies, Slavs, and Russians [at least], the “ambitions” of the ‘Rocke-Nazis’ -- of the U.S. and U.K. branches alike -- have burgeoned.

It is no longer just ethnicity-based multiple genocides that they seek.  Driven ever more desperately by their fear of the comprehensive ‘technodepreciation’ of their capital assets [at core, the growth-of-the-social-forces-of-production-induced sudden ‘‘‘evaporation’’’ of the capital-value of their concentrated-ownership fixed-capital assets] -- just think what the installation of fusion power reactors as “zero CO2” power generators worldwide would do to the capital assets of the Rockefeller ‘Global Dictatorship of Petroleum’ -- it is now global ‘humanocide’ that they seek.

They are now aiming at the total extermination of “95%” of the human race --
https://capitalismsfundamentalflaw-wayforward.blogspot.com/2013/03/plutocracy-publicly-proclaims-planned.html
-- and ‘Global Warming Austerity’ is their preferred way to get there. 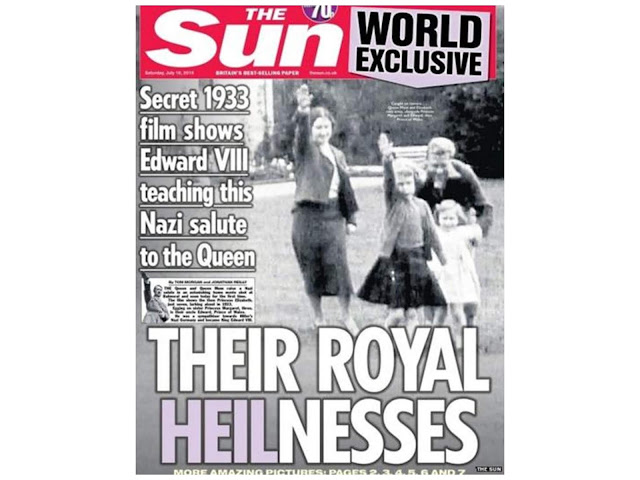 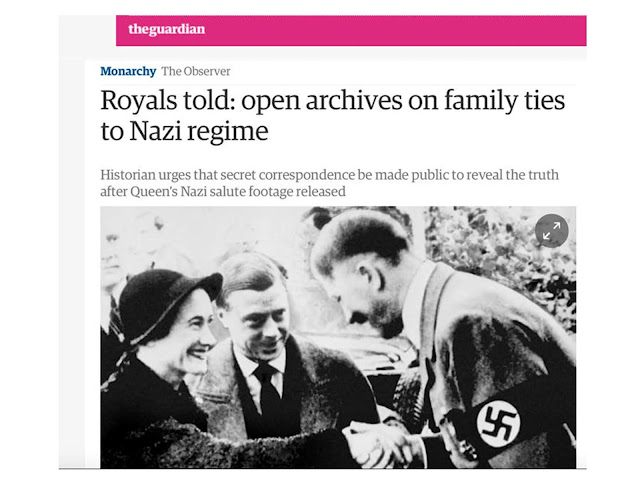 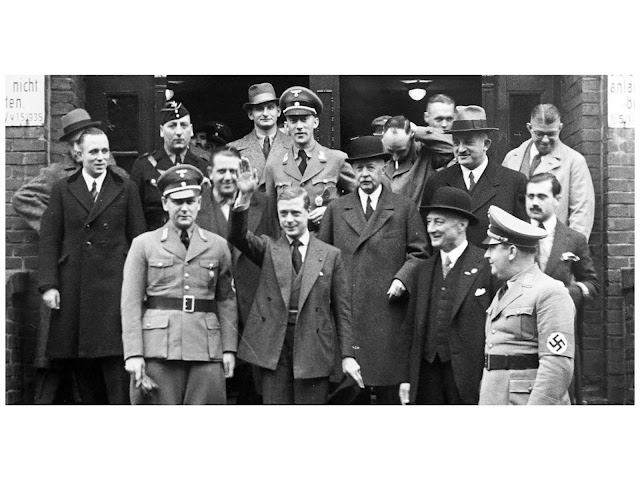