‘GLOBAL WARMING AUSTERITY’, if “successfully” imposed upon humanity, will be ‘THE NEW HOLOCAUST’, as intended by its would-be imposers, the ‘Rocke-Nazi’, “Eugenics”, “People Are Pollution” Faction of the global, and globalist, capitalist-anticapitalist ruling class.

It will be, if “successfully” imposed, the ‘Rocke-Nazi’ Faction’s ‘SECOND HOLOCAUST’, aiming, this time, no longer at “just” the total extermination of Jews, Bolsheviks, Roma, Slavs, and Russians, as did their 1933 to 1945 ‘FIRST HOLOCAUST’ [Please see «Generalplan Ost» and “Operation Barbarossa”, the “German translations” of the Rocke-Nazis’ orders to their, at first, Servant-Dictatorship, the Hitler regime, massively funded into power by the ‘Rocke-Nazis’, but which soon turned against the ‘Rocke-Nazis’, turned into their ‘Franken-Dictatorship’, aiming, first, at wresting world rule from, and at exterminating, the entire ‘Rocke-Nazi’ Ruling Faction, as signaled publicly by the Hitler-Stalin Pact of 1939, which immediately precipitated WWII -- The ‘Rocke-Nazi’ declaration of war upon their, “turncoat”, Hitler ‘Franken-Dictatorship’], but, this time, at the total extermination of “95%” of the human race --
https://capitalismsfundamentalflaw-wayforward.blogspot.com/2013/03/plutocracy-publicly-proclaims-planned.html 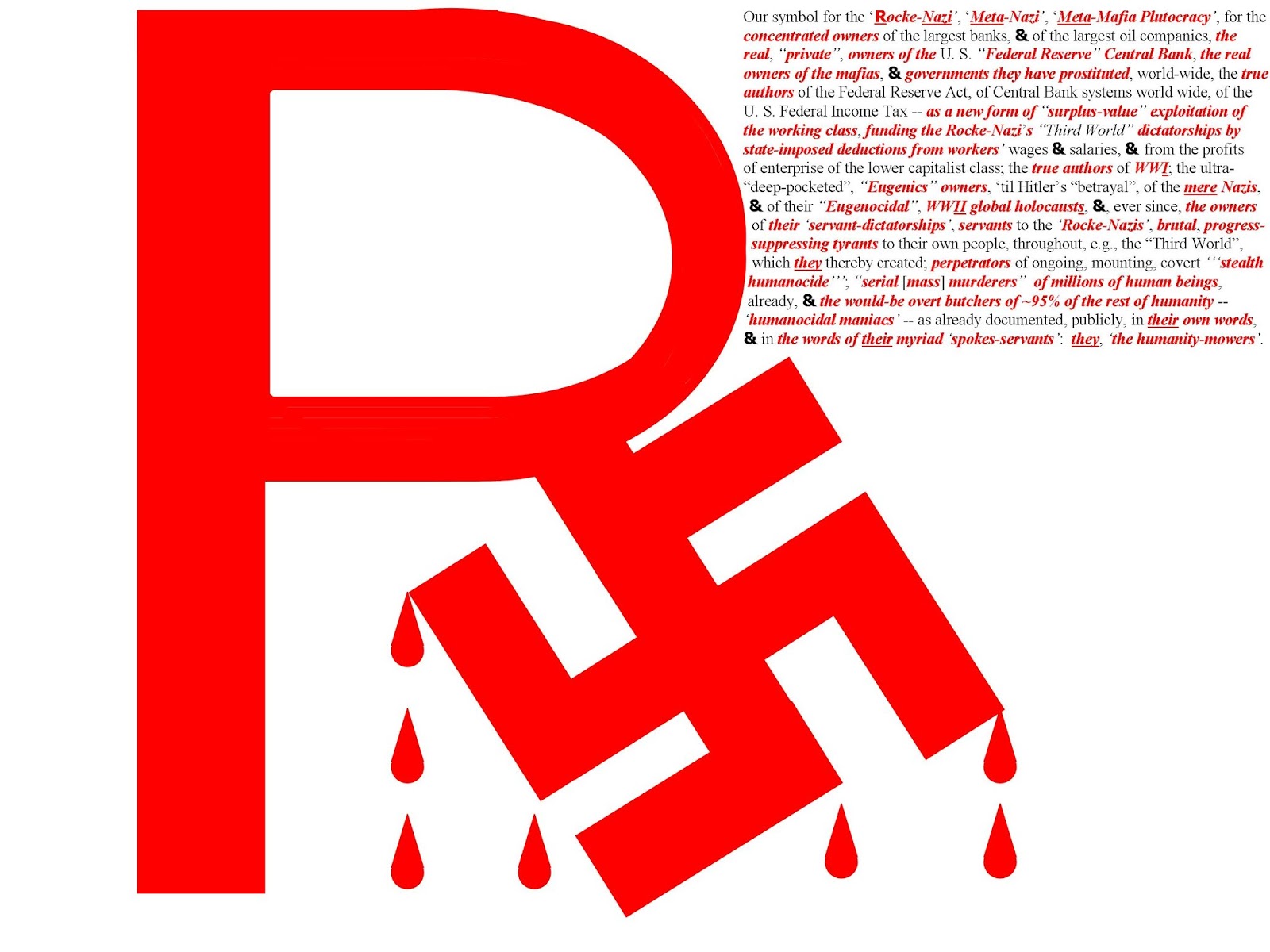